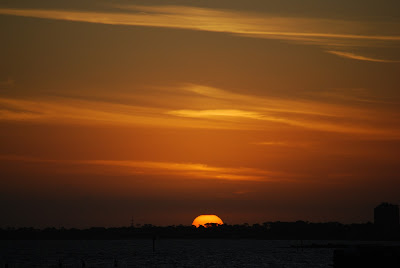 What started with seven actual exact phrase results when one actually clicked on the phrase suggestion "Autistic People Should be Killed" now results in close to 25K actual exact phrase search results where people in the Autism Community have been discussing this issue, in a rhetorical way, instead of one of malicious intent.

A new “Top 10” auto-complete suggestion is "Autistic People Should Google". This is part of what can happen when enough Autistic people talk about "Google" on the Internet as the "bad guy" in Auto-Complete Search Suggestions. :)

The Google Algorithm Auto-Complete Search is a "heartless beast" that cannot fully tell the difference between actual keyword results in searches on the internet, rhetoric and intent.

Excuse me, while I digress for a moment.  When I write the word Algorithm in a Blog Post about Autism, I get a compulsion to link what I describe as an Autistic Algorithm Album. :)

"I Robot" by the Alan Parson's Project

In coming back to this issue for update, I also noticed another phenomenon by chance when I was looking for a topic I had created under my user name/acronym "Katie Mia" that I have been using across the internet discussing Autism in the last 8 months.

I have a "little" RRBI, discussing Autism on the internet. When one types in "Katie Mia" as an exact phrase in the Google search, the Algorithm Auto-Complete result now returns "Katie Mia Autism" as the first algorithm auto-complete suggestion.

It is evidence, I think, that it is the RRBI communication of people on the spectrum who communicate repetitively about special interests, in actual search results on the internet, who are influencing the Algorithm in rhetorical comments, not society as a whole, in typing out malicious intent in exact phrase searches.

That is, unless one wants to believe that there are people out there typing in the name "Katie Mia" to learn about "Autism”? The auto-complete search suggestion for "Katie Mia" was topped by an English Actress Mia Katie Jarvis, Eight months ago, before I came on to the Internet scene under the "Katie Mia" name discussing Autism "under the influence" of "RRBI", "in tow".

I am one Autistic Person. I typed in enough words in real search results on the Internet associated with the keywords "Katie Mia" and "Autism" to make it happen. It only took one person to do that with enough intent in typing and RRBI, not the rest of society.

A similar thing happened with my user name "AGHOGDAY" that no one uses but me on the Internet. Rather than going into detail on that here, I describe it in my blog post linked below, on “Autism Spectrum Identity”.

It was interesting to me in other ways too.


"Ghost in the Machine" and "Synchronicity" by the Police:


This Algorithm issue is also a special interest that only I may be this interested in. In that case, sorry for bringing it back up into the "spotlight". ;)

Additionally, and incidentally, I suppose I adequately describe “Who I Am” per “Ideological First Identity”, in the “Autism Spectrum Identity” blog post, but I think I finally have an answer to all those people that asked me “'what-cha' been doing lately?”, instead of “just been working hard”.

I can tell them now I spend my time “Seeking Art and Order in Odd”. If they ask me what I mean, I can forward them the blog post on “Autism Spectrum Identity”.  I think that will thoroughly convince them of it, but they might not respond. :)

Here is a link to the "Necrothread" I attempted to "Resurrect", on the Wrong Planet website to discuss my special interest in this issue again.  At this point I may be the only one with any interest left. :(  However, at least I can watch myself talking to myself on a screen, in another Monologue. :)


For context, Autistic Algorithm Saga Part 2 , was my Blog Post titled:  "The Bing Algorithm Continues to Misbehave" in a "Bone Dry" attempt at humor.

Autistic Algorithm Saga 1, was titled:  "Autism and Social Animal Acceptance".  It was a "serious" Blog Post.


"Algorithms should Love Autistics" was just for fun.  And maybe even funny. :)

Autism, the Internet and "Ideological First Identity", a Collection of Thoughts:


A chronological history is listed below, of sites where I did my best to try to help people on the Spectrum understand that this particular issue was an Algorithm generated phenomenon based on keywords in rhetorical content from people on the Spectrum discussing their concerns. It was very difficult to help them to understand that the offensive Auto-Complete Suggestions were not a direct result of intentional effort of Google searches by Society, in general.

My Blog Post, "Autism and Unwarranted Fear based on Label Alone", was a "Breakthrough" for me when someone from the "Neurodiversity Movement", fully listened to what I said, understood it, and validated that my point was reasonable. Their counterpoint was that People on the spectrum do have bad experiences in life where people discriminate against them based on differences, and the rhetoric from the Autism Community on the Internet reflects those life experiences. I agreed fully on that point and amplified that counterpoint in my Blog Post.


The first site I encountered the "Controversy". My specific concern of how the Algorithm works was not welcome:


The second site, the "Autistic Hoya" Website, where respectful disagreement is always allowed:


The New Jersey dot com site, where it was first reported that Google was going to take action to modify the Algorithm:


The Wrong Planet Website, where respectful disagreement is always allowed:


The Autism Speaks Website, where respectful disagreement is always allowed:


The New Jersey dot com site, where a different opinion from the Autism Spectrum was highlighted:


My Blog Post "Autism and Unwarranted Fear based on Label Alone":


My Blog Post, "The 'Bing Algorithm' Continues to Misbehave", which was, in part, an attempt at humor per an "Autistic Algorithm Saga Part 2", to offer some type of "Comedic Relief" from the previous Blog Post, "Autism and Unwarranted Fear Based on Label Alone":


My Blog Post, "Autism and Social Animal Acceptance", which was also a “Breakthrough”, I thought, in bridging communication and understanding on this issue:


Finally, the Blog Post that was "Just for fun" called "Algorithms Should Love Autistics". It was originally in response to an Op on the "Autistic Hoya" site, which mentioned that Facebook "Refused" to publish a "Long Autistic" comment, so they had to publish it on their blog, instead. I had started to make a long "Serious" detailed counterpoint on "Autism Abortion Politics" mentioned in the Op, but accidentally deleted it and thought to myself, “What the ‘H**’, I'll Focus on ‘Funny’ instead”, based on the incidental "Facebook Remark" in the Op.


Speaking of that, I wonder if the "Facebook Algorithm Social Police" is going to let me publish this very long "Spam Like" comment with all these links, even if it is my "Rented" Facebook Page. :)  I always copy to Microsoft Word, just in case. :)

Facebook "let me" publish the comment as an addendum to my original copy of this Blog Post on my Blog Page there, so I guess the "Facebook Algorithm Social Police", at least in this case, determined I was a "Cool Kid", even if I am 'just' a"little" 'odd'.

Here is my comment below in response to the individual that deleted my comment of analysis in the first link I provided in the chronological history of this "Autistic Algorithm Saga". This comment, where I attempted to "Clarify and Verify" Reciprocal Social Communication, was also deleted.

I anticipated this possibility so I saved the comment as I do most comments that I write, in case people misunderstand my communication, and get upset. This exchange is part of what motivated me to start my own Blog and Facebook Page, where I knew that no one would be able to silence or censor my opinions based on misunderstandings of communication alone.


"Katie Mia: [Name Redacted], I did not at all suggest that there is no discrimination against autistic people, in fact I have amplified that recently in my discussion with you that there is discrimination among the entire autism phenotype ranging from up to 30 to 45 million people in the US.

My statement was specific only to the fact that actual results from a Google search generated by the algorithm that produces the auto-complete function does not, overall, result in actual search results where people are actually promoting the idea that Autistics should die or be exterminated.

That is a potential much worse fate, in opposition from the world, than the discrimination that autistic people face with or without a label in everyday life, because they are perceived different from the norm, like what so many other people face in life.

In addition, I have discussed this issue with Paula, who understands now that it is a search engine issue not a search result issue.

The premise you made in your opinion above is that people were going to cry if they type in the words "Autism Should" and see the auto-complete suggestion. That premise was entirely accurate from the responses generated from this thread, which I have also amplified, in my analysis of this issue. I am sorry if you cannot always see it, but I am here and in every other place I visit to make life for people, overall, on the spectrum better instead of worse."


Since the time of this exchange in conversation, the individual who runs the Facebook Page, per the chronological history above, no longer highlights this type of negativity. It is now what I describe as a Facebook Page dedicated to the "Art of Acceptance" of People on the Spectrum. I recommend it on my Blog Site, specifically as such. :)

I like to think, at least in part, I helped to influence that change with constructive input. :)


"The Logical Song" by Supertramp: 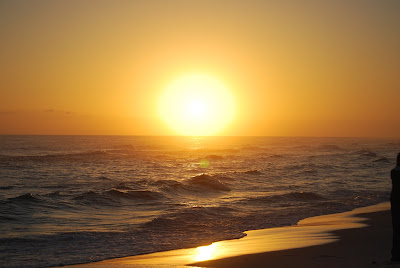 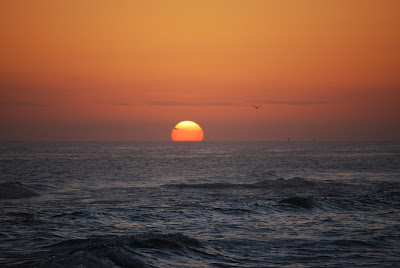 
...Language is A Universe of Expression...


It starts with Stars...

and a
Prehensile
Thumb...

Symphony of Science
"We Are All Connected"

"All the World's a Stage"
...William Shakespeare... 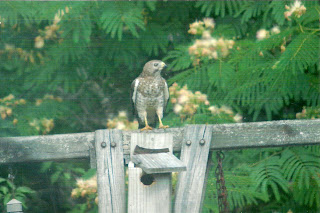 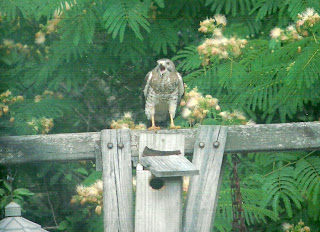 Written in the Stone
by
Earth Wind
and

Views From the Autism Spectrum and Beyond

KATiE MiA
Kind Autistics Taking in Everything Mindful in Awareness

(:@@@:)
Autistic Love
And the Science of Kindology
An Ideological First Identity

Promote Your Page Too

KATiE MiA/Aghogday: Views From the Autism Spectrum and Beyond

Katie Mia/Aghogday: Views From the Autism Spectrum and Beyond

Promote Your Page Too

30+ Safe Sites for People on the Autism Spectrum and People Who Love Them :)!